Posted at 07:54h in Broken Clocks by The Last City 0 Comments

I think the fastest I have ever driven a car was about 10 years ago, on the two mile strip between the Forest Drive and Leesburg Road exits on I-77.  I don’t know for sure but it was well into triple digits, in a car that was already ten years old, and had such bad alignment that the whole car, starting with the steering wheel, would shake at any speed above 60mph.  I wasn’t under the influence of anything illegal…the only thing messing with my mind was the two hours I had just spent injecting The Fast and the Furious directly into my brain.

I am not a bad driver, actually I’m a rather safe driver (based on my accident and near collisions record, not on my speeding tickets…) but that day I went well pass the 10-to-15-over-the-limit my conscious and wallet allowed.

I recently watched a self-censored version of Don Jon on Netflix (fair warning to you all, it more than lives up to its R-rating).  The synopsis caught my eye, and truth be told, for me the “moral” at the end was worth the frequent “oh, look, what’s that on my foot that I should stare at for a while” moments.  Spoiler Alert. 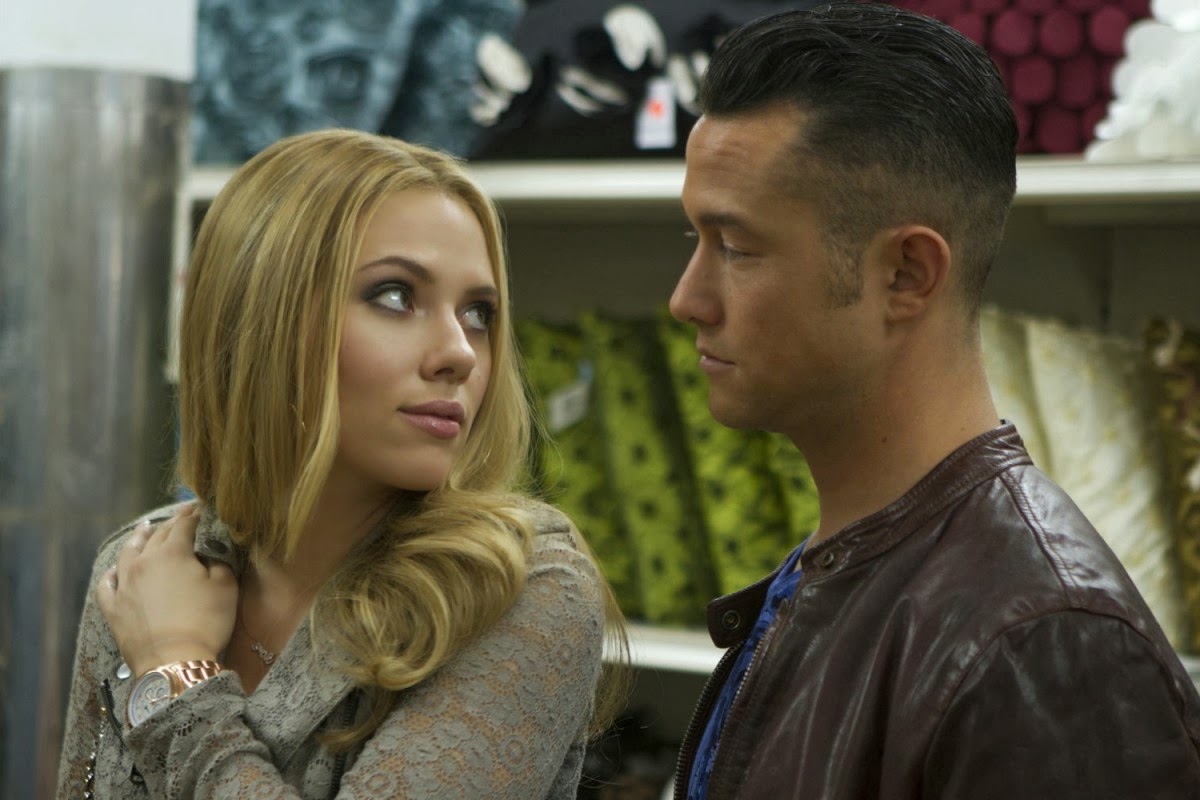 The “Perfect Ten” (appropriately played by Scarlett Johansen) isn’t like the “others“. She makes him wait, teases, forces him into a certain level of commitment, then when he is uh, shall we say “fully ready to commit”, she finally, uh…blesses him.  And then he’s found it.  The experience, the stars-aligning moment where for a time, fantasy and reality mix and mingle.

However, in an astounding, completely unpredictable, mind-blowing turn of events, one day she is no longer enough, and he goes back again to what always offered him the experience he wanted.  Fast-forward; she catches him (a few times), they break up, and months later, they meet up again for that “closure” talk.  She berates him, saying that essentially, if he loved her enough, he would do anything for her, and she is worth a man who will do everything she wants and be everything she needs.  He walks away with the conclusion that she was as deceived by her romantic movie porn as he was from his own little cinematic adventures.

or if so, only for a moment

that it is impossible, distort your interaction with the real world

your ability to cope with reality

often only amplifying them

Now I want you to go back through them and substitute “worship“.

Before you either condemn my apostasy or grab torches and a stake, let me define what I mean by “worship” in this case.

By “worship” I mean a hackneyed chorus with all the swooping promises of love, loyalty and unlimited offering that made Edward Cullen a romantic demigod.  Here’s a fun game, see how many lines you can think of that you’ve heard both in the climactic build to the kiss in the rain and the climactic build of the bridge to the drop-off.

“You are my everything”

“What would i do without you?”

“I love you more than life itself”

“Just dance with me”

‘I would do anything for you”

(Mid-rant rant: Buckley style) This is just as much a symptom of the church culture as it is the American/Japanese/other-places-I-could-name-but-won’t-because-I-haven’t-had-the-personal-experience culture. I could just as easily go after the fact that one of the highest honors and signs of musicianship nowadays is doing the best YouTube cover, aka copy of someone else’s song.  It doesn’t matter that you did it acoustic, and it doesn’t help that your originals sound exactly like every other cover on your channel…I’m …gonna go back to my first soapbox now

By “worship” I mean something that produces all of the feelings, emotions and atmosphere of how we want things to be without producing or defining any of the actions that follow, or the awareness of the limits of the fantasy.  It would suck if a three year old didn’t pretend to be an astronaut because he was convinced it was a pipe-dream, unrealistic and a waste of time.  But it would be absolute insanity for the same kid to hit high school and college, and be convinced he is an astronaut because he watches Apollo 13 every weekend.

I don’t think it is constructive anymore to simply bash something.  I (and many, many others out there) get an uncanny joy out of pulling back the shades on whatever is masquerading around as the answer to all our problems.  However, I am becoming more and more convinced that it is not simply poor taste but callous and inhumane to run around spewing disdain, whether you’re right or not, without either offering help or empathizing in your common unknowns.  In a world where so many people are desperately piecing together a house-of-cards happiness, the last thing we need are people running around kicking dirt on them.

So here’s a unexpected conclusion…even for me.  I launched into this blog on a high-horse of righteous indignation, ready to take a katana and slaughter some lies like some kind of Truth Ninja.  But there are more than enough people out there happy to get blood on their hands for what is “right”.

How many people are willing to get someone else’s tears on their shoulder even if they are wrong?

The problem now is this; none of these things are going to be substantially changed by a blog post, a petition, or even a law.  The only thing I know to do is start being real, and be ok with it.  Life is potentially boring.  Good sex is work, and…potentially routine.  Relationships are dirty, painful, and have a lot more valleys than peaks.  The Christian walk is sometimes empty, passionless, filled with doubt…scary even, the deeper you go into the dark side of the Bible.  The illusion of a world without these feelings, or with a clear purpose and answer in the absence of perfection, or with a fast-forward-montage/left-click/”perfect”-verse to help us skip to the easy part is dangerous, but still alluring.  Almost addictive.  Scratch that.  Absolutely addictive.

And that’s the only way I can end this.  I would be both over-simplifying and hypocritical if I wrapped it all up in a bow.  But this is the only point I can stand by…don’t take the easy way out.  Wrestle with it.  Be bored, feel stagnant.  You may never feel your cup-overfloweth, but two drops of the real thing are worth an ocean of emptiness.