Posted at 14:56h in Broken Clocks by The Last City 0 Comments

I was sitting in my living room chatting with a man who, while attending church, considers himself a muslim, but wouldn’t feel welcome in a mosque.  He spoke about Jesus and Muhammad with equal respect, and drew a parallel that put much of what I thought I believed into a very different perspective.  Simply put, he asked if Jesus and Muhammad had given us Christianity and Islam, respectively, or if we had given those religions to them?  Not a “yes or no” question, but invaluable in determining how far we can honestly run with the “God/the Bible says…” trump card.

As I continued to feel out the implications, he next asked

“Did Jesus come to show us how to be a good man, or a good Christian?”

(The, of course, ENTIRELY COINCIDENTAL alignment of this idea with the podcast I was soaking in every time I rode my bike anywhere was a scrumptious helping of truth dipped in irony, with a cold glass of humility on the side)

When I consider the seemingly contrary actions of Jesus, how regularly his actions clashed with others’ expectations, and how many of those who should have loved him the most were his fiercest enemies, I am left with this overwhelming feeling that Jesus was not only in favor of delaying judgement, but refusing to apply that judgement retrospectively or indefinitely.

I was reading “Dangerous Wonder” by Michael Yaconelli, and it contained a bit of my favorite New Testament account of Jesus in action; the story of the adulterous woman.  Mr. Yaconelli pointed out that the Pharisees were pretty sure they knew how Jesus would act; he had just said that to even look on a woman with lust was as bad as committing adultery.  So of course, catching someone in the act was game, set, match.  They weren’t playing Jesus against Moses; they were pitting His actions against His words.  And Jesus chose…love?  Mercy?  Forgiveness?  Yes, but ultimately, He chose peace. Giving due acknowledgement to the  intention, I was once told that (when it comes to the Christian life) “If you’re not facing some kind of persecution, you’re not doing something you should be”.  I get it…if the world is full of sin and evil, a Christian should never be too comfortable here.  However, I think the somewhat inevitable fallout of this mindset is that battle, arguments and tension are good.  I’m getting all kinds of hateful comments for a post I put on a blog?  Must have done something right.  Some of my “friends” are mad at me for bringing up Jesus/religous topics and arguing for them?  Good.

It’s a very Pharisitical mindset; to go in search of trouble, then prove you’re right by wit, force, research, numbers, whatever means necessary.  It’s funny how they were right; Jesus did say adultery was punishable by death; Caesar did say pay taxes; the bible did say avoid evil, don’t sit in the presence of sinners. Throwing away a year’s salary worth of perfume in a passionate outburst?  Deplorable.  Daring to ask for the right to marry in your sinful, homosexual relationship?  Where are my picket signs?

As I was clicking through the information about the border crisis in Texas, I felt an urge much like the one that led Jesus to grab a whip.  Part way through a local news coverage of the protests, the camera caught some words said with enough hate, arrogance, ignorance and inhumanity to stab at me on the other side of the world.  A woman was screaming, among other things that, “Jesus wouldn’t break the law!!!” 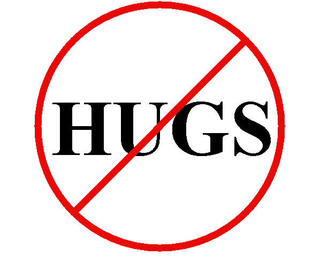 Along with being a damnable lie, I imagine these are the kinds of people who will hear “depart from me, you never knew me” and respond with as much shock and pain as the children they were screaming at.

I can’t believe Jesus found any joy in rebuking the Pharisees.  I relish the idea of Him wearing a childish grin as he danced around the loaded questions they hurled at him like holy spears.  I think Jesus was just as beautiful, vast and unpredictable as nature; gentle as a sunflower behind a child’s ear, and as deadly as a hurricance, thrashing, and ripping apart billions of dollars of “preventative and protective measures.”

But He was a peacekeeper.  The gospels are not a string of battles and victories recorded to be studied as war tactics from the great General; they are four books full of opportunities where Jesus himself held the perfect, justified right to swing his gavel in judgement and put an end to His enemies, and without exception chose to delay judgement in the name of love and peace.

It was beautiful really; and that’s why the world had to destroy it.  That’s by far our greatest skill as humans; to take what is beautiful and weaponize or destroy it.

Jesus made people human.  He didn’t love his neighbor because it would earn him brownie points and make him a better follower; heck, he didn’t even do it becase it was the right thing to do.  Forgiving the adulterous woman wasn’t the right thing to do; it was the human thing.  Bridging the gap between what is “right” on paper and what is right when you are looking another human being in the eye is possibly one of the greatest things Jesus demonstrated for us.  Jesus didn’t see types, ”   “-ists, or “them”; he saw the Nicodemus among the Pharisees.  He saw the Judas among the disciples.  He saw Mary Magdalene among the prostitutes.

They were human FIRST; family FIRST.  It’s no surprise why someone’s stance on homosexuality suddenly changes when their son comes out.  You can be standing two feet from someone and still only see an “ideology”.  But when you see a human being standing across from you– truly see– it’s disarming.  It’s natural, almost necessary, to keep a distance from others in the name of being objective and unbiased or even for our own protection; but it’s inhuman to use the distance to keep ourselves clear of the shrapnel from the hate and judgement we throw.

So here we are, back to the original question…

A good man, as concisely as I can put it, is someone who treats other people as individual humans; and as family.

Agreeing isn’t the goal, living at peace is.

Judgement isn’t the goal; relationship is.

Justice isn’t the goal; reconciliation is.

In this light, it’s quite easy to see how you can be a “good” Christian, citizen, husband, student, worker, artist, anything…and still be a bad man.